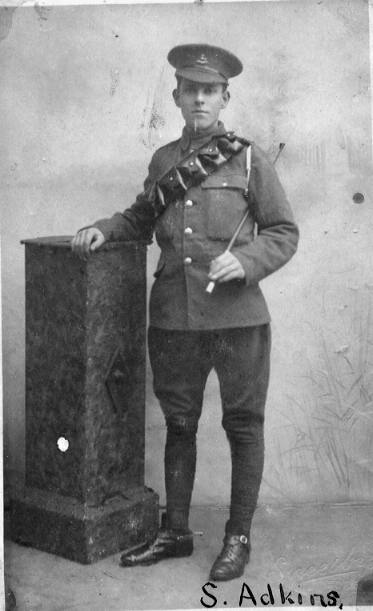 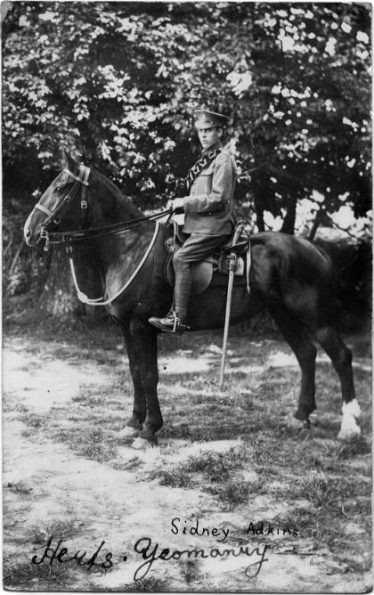 Sidney first enlisted with the Hertfordshire Yeomanry, Dragoon Guards, on 15th November 1915, Regimental number 2877. He then transferred to the Household Cavalry and Cavalry of the Line, Regimental number 106041.  He survived the war, returning to England and settling in Hitchin.

Sidney was the eldest son of Albert and Emily (nee Johnson) of Ashwell, born on 10 May 1893. He was a pupil of the Merchant Taylors School in Ashwell and when his parents moved to London Sidney stayed in Ashwell, lodging with his aunt Fanny and working as an assistant in her general stores in the High Street.

Sidney had five brothers and four sisters as shown on the 1911 census, all of whom moved to London with their parents.

It is not known if Sidney married or had children.

He died in the Hitchin District in December 1969.