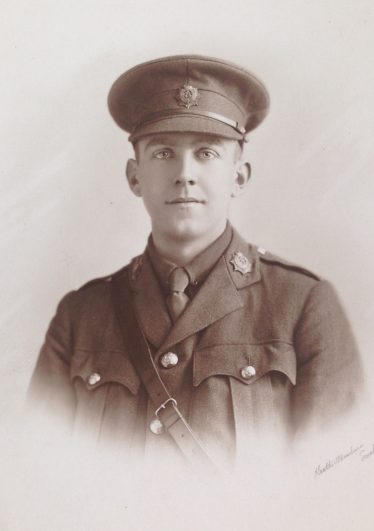 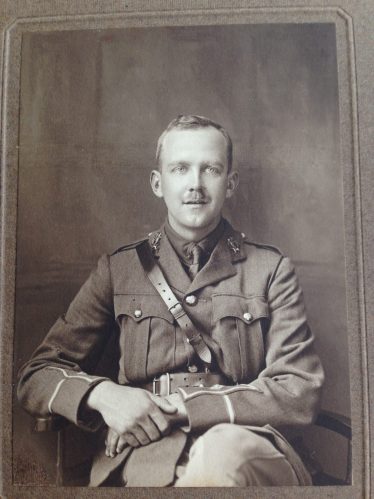 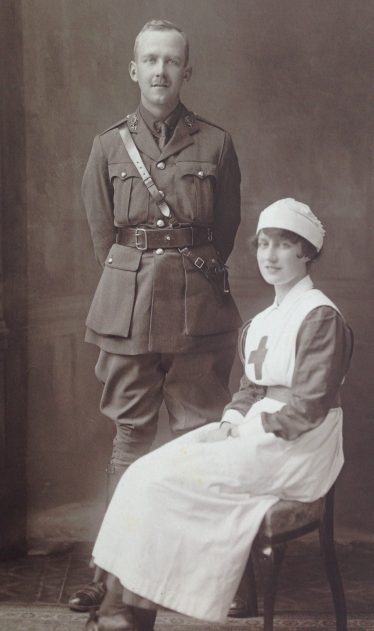 Richmond enlisted on 16th January 1916 with the Inns of Court Officer Training Corps, Private, Regimental Number 8991.  On 18th June 1916 he was discharged, being appointed 2nd Lieutenant, with the Army Service Corps (Motor Transport Company), 2nd Water Tank Corps and sent to the Western Front. He served as Lieutenant until 16th August 1918. His commanding officer praised the efficient and diligent way in which he carried out his duties, being in charge of half of the Company. It is believed this company was attached to the bomb disposal teams. On 26th August 1919 Richmond was seconded to the (Motor Transport Corps) 69th Auxiliary Steam Company until the end of the War in November 1919.  Richmond then volunteered for 12 months service with the Army of Occupation in Germany.

Richmond was called up to the Army Service Corps in WWII on an ‘emergency commission’ which meant that it was just for the duration of the war.

Richmond was awarded the British War Medal and the Victory Medal.

Richmond died at Worthing, West Sussex, on 16th April 1952 and is buried in the Durrington Cemetery in Worthing.

He learned the brewery trade from his father (Page’s Brewery) and in 1911 was working as an assistant brewer in Wateringbury, Kent. In 1924 he joined the Putney Brewery and worked there until his retirement.

Richmond was a member of the Master Masons and joined the St George’s Lodge in 1922 and the Walpole Lodge in 1923.

Richmond died at Worthing, West Sussex, on 16th April 1952 and is buried in the Durrington Cemetery in Worthing.

Richmond’s sister Dorothy served in WWI as a nurse with the Red Cross.