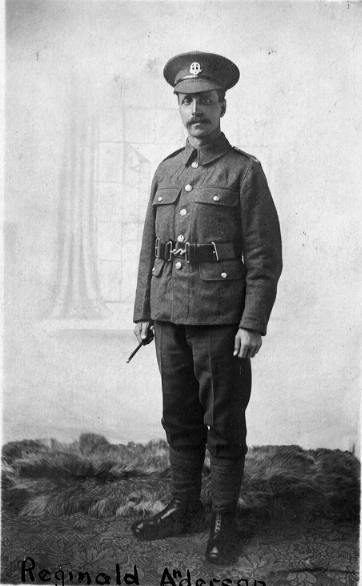 He survived the War and died at the Royal Free Hospital, South East St Pancras, Middlesex on 30th October 1930.

Reginald was the eldest son of Ellis and Annie (nee Kingsley) Anderson. Ellis was a bootmaker and beer retailer at the Australian Cow pub in High Street Ashwell. Reginald was a pupil of the Merchant Taylors School in Ashwell.

Reginald was the manager of a boot shop in Baldock.

The Australian Cow, beerhouse, stood on the corner of High Street and Kingsland Way. It was owned by Messrs Fordham and occupied by Ellis Anderson.