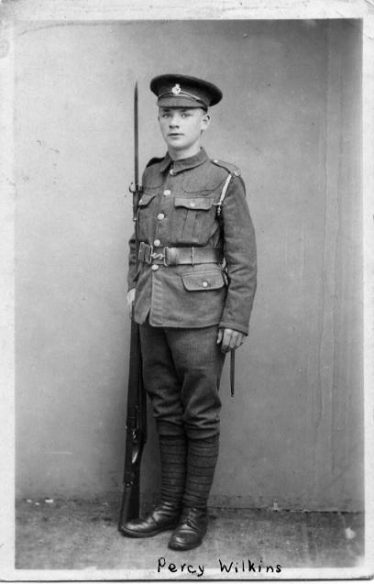 Percy was awarded the Victory Medal and the British War Medal.

He is buried at Grandcourt Road Cemetery, Grandcourt, France, and commemorated on the St Mary’s Church Ashwell Roll of Honour and the Ashwell War Memorial.

Percy was the fourth son of Charles Simon and Mary Jane (nee Winter) Wilkins of Ashwell, Hertfordshire.  He was born in Holloway, Middlesex but came to Ashwell soon after being born.  He was a pupil of the Merchant Taylors School in Ashwell.

Percy’s brother Prime Frederick died aged 17 in 1908 at Ashwell, Hertfordshire. His brothers Albert Pretoria, Harry and Arthur William all served in the War and survived.