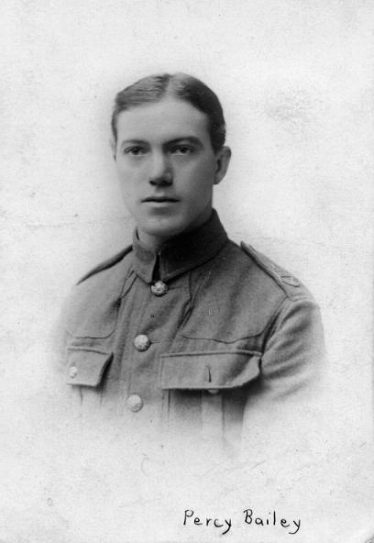 Percy enlisted in September 1914. He saw active service with the Royal Army Medical Corps and was awarded a Level 3 Gallantry Medal, which is now held in the Ashwell Museum.

Percy survived the War and returned to Ashwell.

Percy was the fourth son of Frederick John and Fanny Elizabeth (nee Hankin), born in Ashwell in 1888. Percy’s father owned the building company in Ashwell.

He was a pupil at the Merchant Taylors School in Ashwell.

The 1911 census shows him living with his sister, Fanny, and her husband Jack Allman in Bowes Park, North London.  He was a brewer’s clerk.