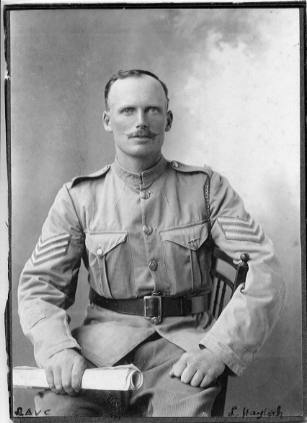 Leonard enlisted on 13th March 1915. He served with the Royal Army Veterinary Corps, Regimental Number SE/3694 and saw active service on the Western Front, France and Flanders.  He survived the War.

He was awarded the 1914/15 Star, the British War Medal and the Victory Medal.

Leonard was the tenth son of Joseph and Emily (Nee Austin) Haylock, born in Ashwell on 18th March 1881. He was a pupil of the Merchant Taylors School in Ashwell and before enlisting he was a brewer’s labourer in Ashwell.

He married Ethel Maude Chiverton on 12th May 1913 at Chale, Isle of Wight.  They returned to Ashwell where their daughter, Dorothy Nelly, was christened at Newnham on 26th April 1914.

Leonard’s brother Frank also served in the War and survived.