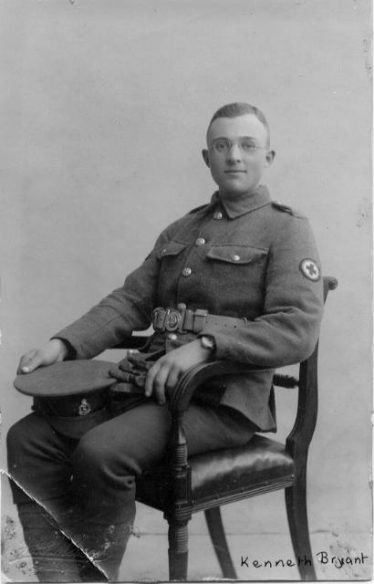 Kenneth enlisted on 1st January 1916 with the Royal Army Medical Corps. He served with the 59th Field Ambulance Division on the Western Front, France and Flanders taking part in many of the Battles of the Somme. He survived the War and returned home.

Kenneth was awarded the British War medal and the Victory Medal.

Kenneth was born in Ashwell, Hertfordshire on 25th April 1896, the elder son of Arthur and Annis (nee Fabb) Bryant.  Arthur was a pupil at the Merchant Taylors School in Ashwell.  He was an apprentice in his father’s butcher shop in Mill Street, Ashwell before he enlisted.

It is not known if he married or had children.