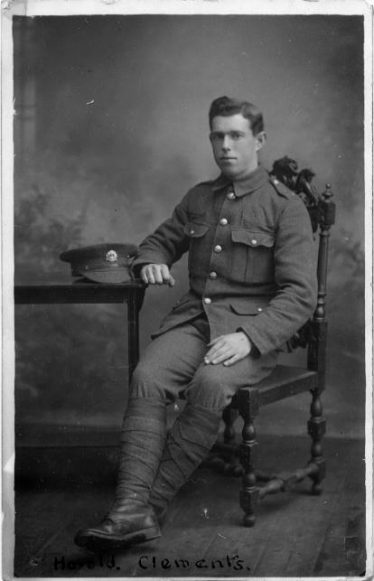 Harold enlisted with the 1st Bedfordshire Regiment on 30 December 1912, Regimental Number 6756.  At the outbreak of the War he was mobilised to the Western Front, France where he saw considerable service. He was wounded twice, first in the head on 3rd July 1915 and later a gunshot wound to the arm. After his recovery in England he joined the Machine Gun Corps, Regimental Number 56474 and was sent to Egypt.

Harold was awarded The 1915 Star, the British War Medal and the Victory Medal.

Harold survived the War and died on 15th February 1979.

Harold then married Alexandra Maud Ostler in the 2nd quarter of 1942. It is believed they had one child.

Harold’s brothers, Charles William and Herbert George, served during the War and both survived.