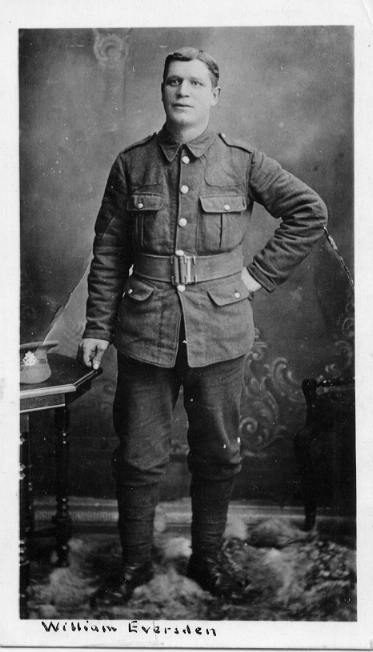 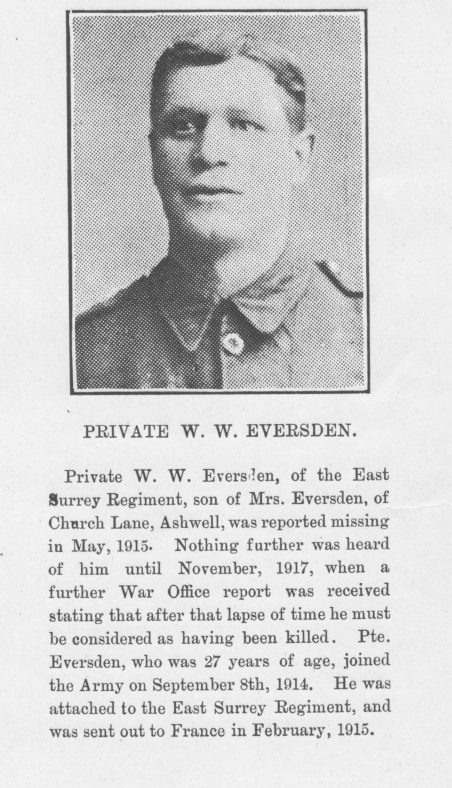 William was a private in the East Surrey Regiment 2nd Battalion 85th Brigade 28th Division.  He was killed in action in Ypres on 8th May 1915.

He fought on the Western European Theatre of War, France and Flanders.

He was awarded the 1914/15 Star, the Victory Medal and the British War Medal.

William was the third son of Julius J and Emma Eversden of Ashwell, Hertfordshire. He was 27 when he enlisted in Hitchin on 8th September 1914 and was sent out to France in February 1915. He was killed in action during the 2nd Battle of Ypres on 8 May 1915.

William was a pupil at the Merchant Taylors School, Ashwell.

Before enlisting he was a barrel washer in a brewery.

William’s brother Julius was in the Infantry Division of the Machine Gun Corps.  He died of bronchial pneumonia on 23rd December 1919 in the Rugeley Camp Military Hospital, Cannock Chase.