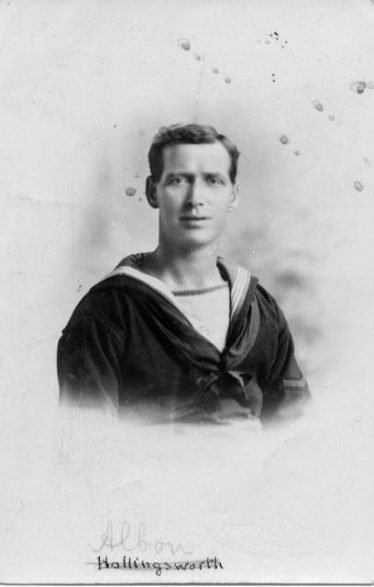 Arthur joined the Royal Navy in 1899.  He served on the HMS Bacchante providing naval gunfire at Gallipoli and later on the HMS Newcastle in South American waters. He survived the war and died in 1968 in Maidstone, Kent.

He was awarded a Long Service and Good Conduct Medal, the Victory Medal and the British War Medal.

Arthur was the fourth son of George and Isabella (nee Smith) of Ashwell, Hertfordshire.  He was a pupil at the Merchant Taylors School in Ashwell.

Arthur married Agnes Emily Rolfe in Rotherhithe on 19th September 1903.  They had one son, Arthur Rupert George, born on 29th April 1906, in Southwark, London.  Arthur was based at Pembroke barracks, Chatham during his service, serving on various ships, and his family lived in Pedworth Rd, Southwark, London.