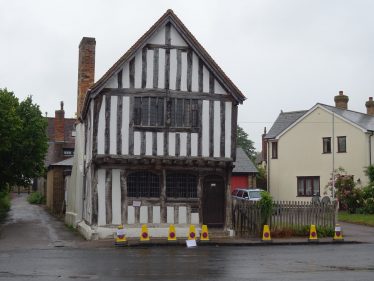 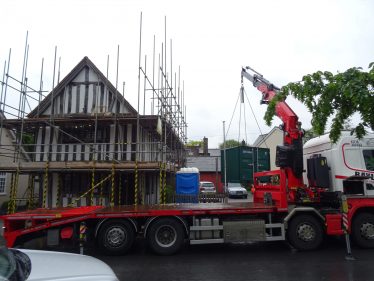 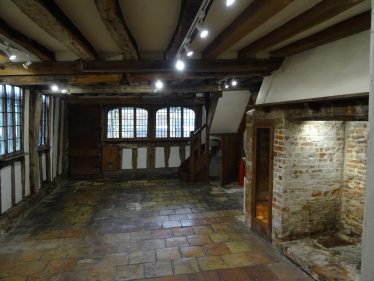 zoom
The Museum is encapsulated 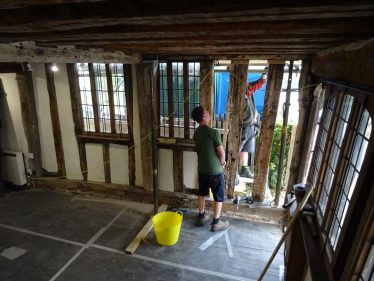 zoom
stripping out the plaster to reveal the problems

zoom
the Roof with tiles removed 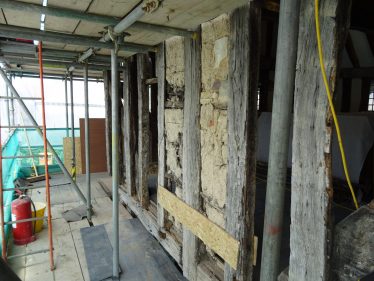 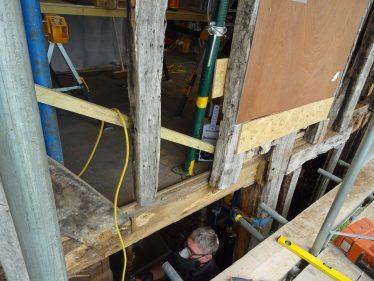 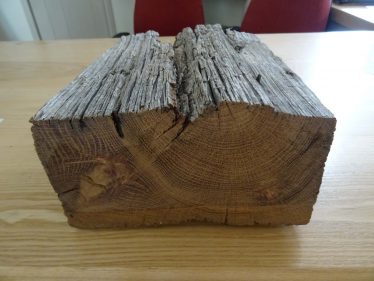 Work started quietly on a rainy day with the scaffolders starting to encase the building.

Although the work will mean closing the old building we will be keeping a smaller more concentrated museum open in the later extension with entrance as usual through the foyer in Alms Lane.

Entrance will be FREE (Donations Welcome!) for this period.

As usual please check with us if you are coming on Monday evening or Tuesday afternoon.

By Thursday the scaffold had grown higher and more builders gear was arriving.

We had managed to clear the old building but transforming the extension into a more intense experience with many highlights from the old displays still on view. So it is still worth coming to find out about Ashwell History and catch up on the building progress

It took nearly 2 weeks to erect the scaffolding and weather protection all over the building.

Then the interior floors and stairs had to be protected.  A door and wall was created to divide the old and new parts of the museum allowing us to keep part of the museum open during the restoration works.

Several panels have been removed to show the full extent of the decay in the timbers and the brickwork on the chimney.

The cement infil has caused rotting around virtually every panel and many of the tenons on the studs have almost disappeared.

Removing the render from the chimney has shown how poor the brickwork is underneath.

As the cement infil is removed the precarious nature of the timber frame is made evident and strong supports are needed to keep the structure safe.

A small amount of asbestos was found and has been contained in an approved way. We will keep a register of this for any future work that is done to the museum

More panels have been removed from both the wets and east walls. A large amount of render has been removed from the upper part of the chimney and revealed the poor state of the bricks underneath. The tiles have come off the roof.

Serious work started on the roof this week with all the tiles removed and although it was basically sound discussion went on about adding insulation yet still keeping it looking (almost) the same in the end.

The signatures of H Wood and A J Francis were discovered from the 1966 re-roofing. Tony Francis will be known to many villagers for his carpentry work and we have in the museum a model he made of the Lych Gate in Mill Street,  which you can slot together as the original was.

A lot more of the old cement plaster has been removed from between the beams. We are keeping two older wattle and daub panels but they will probably have to be plastered over to preserve them.

During this period the timber frame has been worked on. Replacing rotten and weak wood and then strengthening with seasoned oak at all the places identified in the project development survey.