How the Museum Started 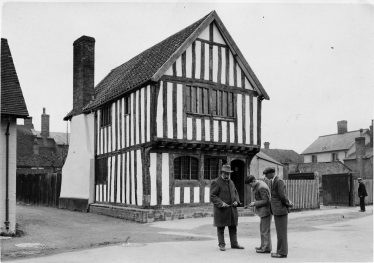 zoom
Peter Skerman with John Bray and Albert Sheldrick outside the museum. 1932 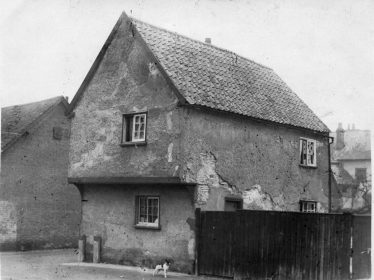 zoom
The museum before restoration. 1930

How the Museum Started

The Ashwell Village museum was founded in 1930 but its origins stretch back to the 1920’s when several pupils of the Ashwell Merchant Taylors School had their interest in the past encouraged by the headmaster and stimulated by the chance discovery of some domestic bygones. These relics – some coins, clay pipes and a beer mug – were displayed in a garden shed.   In 1928 the collection accumulated by the boys was shown at a church fete. This was a great success for it bought to a wider audience their splendid work. After this event a committee was formed to find a permanent home for the collection.

Making the building fit for a museum

The present building, then almost derelict was chosen as most suitable. The young curators, Albert Sheldrick and John Bray, were dispatched to buy it from the local butcher for the sum of £25.   Then they began the hard work of making the building fit for a museum. The plaster was stripped from the outside revealing not only a beautiful half-timbered Tudor building but also the true extent of the repairs needed. Fortunately, an old Ashwellian, Sir William Gentle, was so moved by the project that he offered to pay for the entire restoration and the museum was opened to the public on the 30th November 1930.

The museum is full of the everyday objects of life in the village and the surrounding countryside from the Stone Age to the present day.   The collection has grown over the years and is still growing through the generosity of many people. More and more exhibits were crammed into the small space until it became clear that a solution had to be found. Plans for an extension were begun in earnest and it was opened in 1983. All this activity produced a great rush of donations and another extension was soon needed. This was built with the help of the Heritage Lottery Fund and opened in 2001.

The original building was erected in the early 16th century on part of the old market place and was probably some kind of shop or office. Later it was known as the Town House. Churchwardens, parish constables, overseers of the poor and non-conformists all held meetings there. It has also been a plait school, a tailor’s shop and lastly a dwelling house.

The collection today still carries on the original intention of the founders in that the only criteria for inclusion is some association with Ashwell or its immediate neighbourhood. The display is constantly changing as we acquire more material, including photographs and documents. However what the visitor sees is only the tip of the iceberg as we are forming a broad view of life in an English village which not only involves collecting the relics of the past but also actively recording present day events.

The Ashwell Village Museum provides for this unique and important collection a permanent safe home that is readily accessible to the public. It is run entirely by voluntary staff.

The museum is open every Sunday And Bank Holiday from 2.30 to 5.00 pm or for parties at any time by arrangement.